Skip to content
A full-brother for Festival winner Indefatigable 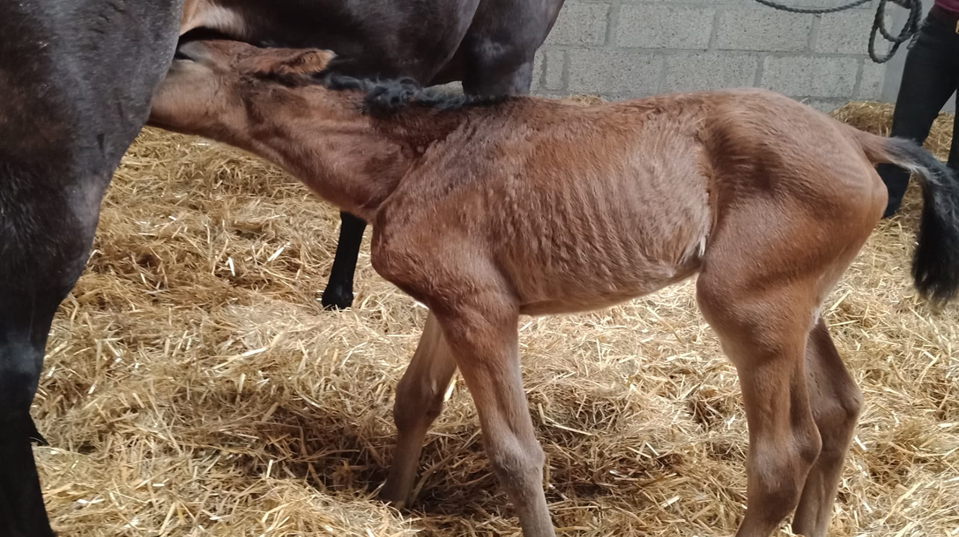 Less than a fortnight after Indefatigable made a star appearance at the Cheltenham Festival by winning the final race of the week in dramatic fashion, her dam Spin The Wheel (Kalanisi) has delivered her full-brother.

The Schiaparelli colt foal was born at Ballykelly Stud in Ireland on March 23, and he is described by his delighted breeder John O’Connor as “A big, strong colt. The mare can get them a bit tidy but nodody told this lad. He’s intelligent, curious and full of quality.”

Indefatigable, who won the Martin Pipe Conditional Jockeys’ Hurdle at the Festival for her owner Philip Rocher and trainer Paul Webber, is now the winners of five races, including two listed hurdles, and was also runner-up to Lady Buttons in the G2 Yorkshire Rose Mares’ Hurdle.