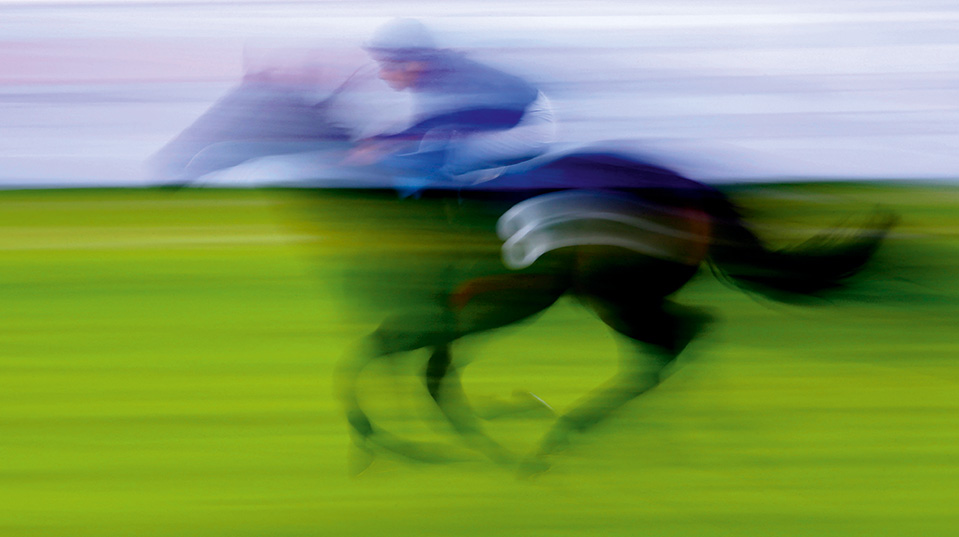 Our new stallion is Godolphin’s G1 son of Champion sire Dubawi and Horse of the Year Ouija Board who was fast enough when second to Highland Reel in the G1 Coronation Cup to have won all but one other running of the race since Bustino set the record back in the 1970s.

The beautifully-bred Frontiersman – who had G1 talent to match is exceptional bloodlines – has been retired and will stand at Overbury Stud alongside fellow Godolphin colour-bearers Kayf Tara and Jack Hobbs. His fee is available on application. Breeders will have an early chance to inspect him as he is parading at the TBA Stallion Showcase at Goffs UK on 22 January.

Bred by Lord Derby’s Stanley House Estate, Frontiersman is a son of Champion UK sire Dubawi and seven-time G1 winner Ouija Board, the Oaks heroine and European Horse of the Year who also won two Eclipse Awards in the US. Her first son at stud is the Derby and Juddmonte International winner Australia, who sired three G1 performers among his first two-year-olds in 2018.

Bought privately by Godolphin as a yearling but held up with an eye injury as a young horse, Frontiersman progressed rapidly, winning the big handicap on 1,000 Guineas day in 2017 in great style. Supplemented to run next-time-out in a particularly strong renewal of the G1 Coronation Cup – the field included three G1 winners, three G2 winners and the second and third from the previous season’s Derby – Frontiersman took the leap in class in his powerful stride, coming from last to challenge the far more battle-hardened Highland Reel inside the final furlong. His time in second place was especially notable: fast enough to have taken all but one other running of the Coronation Cup since Bustino set the race record back in the 1970s. Frontiersman stopped the clock in 1m33.61 – faster than his half-brother’s Derby victory three years before – with Eclipse hero Hawkbill behind him in third. There have only been half-a-dozen faster Derbies than Frontiersman’s performance around Epsom’s mile-and-a-half.

Frontiersman later went down fighting in two G2 races – the Princess Of Wales’s Stakes and beaten a head by Hawkbill in the Dubai City Of Gold – and won the Listed Godolphin Stakes beating another G1-winning Godolphin trainee, Best Of Days. In all, Frontiersman won four times, was rated 121 by Timeform and defeated seven G1 winners, also including Ascot Gold Cup winner Big Orange over two miles.

Trainer Charlie Appleby said: ‘Frontiersman was a favourite at Godolphin, possessing great speed and a wonderful temperament. He was quite capable of competing with the best and his second in the Coronation Cup came in a very fast time.’

Simon Sweeting, manager of Overbury Stud, added: ‘He’s an intriguing stallion prospect – he’s well-made and very eye-catching, plenty talented enough and with that amazing pedigree. I’m looking forward to showing him to breeders at Goffs. The history books say that a stallion this well-bred doesn’t have to be a G1 winner to excel at stud: Kodiac and Fairy King spring to mind, and Dubawi himself is out of a mare by Deploy: like Frontiersman, he was a G1 runner-up who was a half-brother to a Derby winner out of a great racemare. Frontiersman is a descendant of Mr Prospector – a non-G1 winner, of course – and, funnily enough, goes back in direct male line to Sickle, bred by the current Lord Derby’s grandfather: he was the half-brother to Derby-winner Hyperion who, despite never winning at the highest level, nonetheless became an influential stallion in his own right. It’s something for Frontiersman to live up to!’