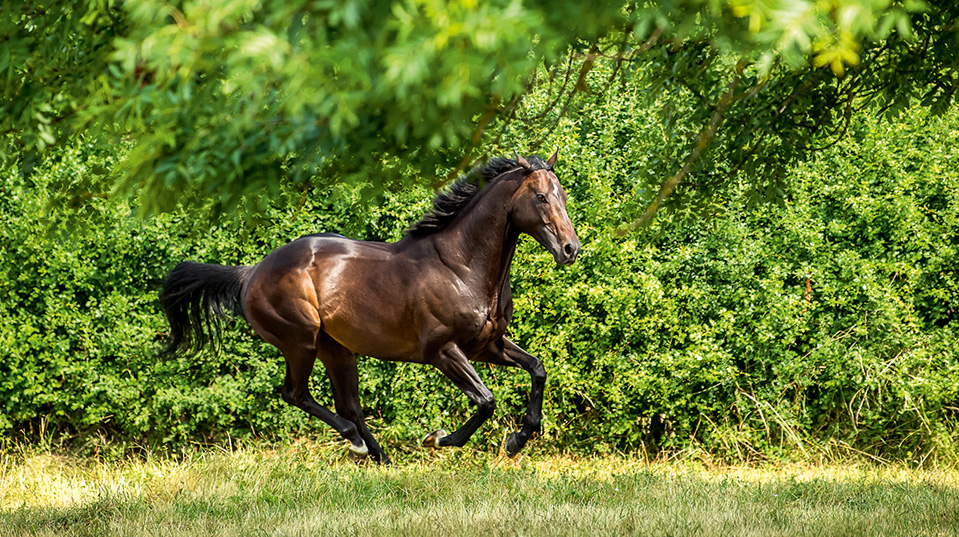 Members of the first crop of Jack Hobbs made a pleasing debut in the sales ring in Ireland with four of the five weanlings catalogued for Tattersalls Ireland’s November Sale selling for up to €42,000 and an average of €34,500.

That top price of €42,000 was given by Coolmara Stables for a filly consigned by Stephen Kemble. The well-related individual is out of the Auteuil listed winner La Zingarella and is thus a half-sister to the dula Grade 1-winning hurdler L’Ami Serge (King’s Theatre) and Grade 2 winner Sizing Codelco (Flemensfirth). The mare also has a two-year-old colt by Kayf Tara.

This was the second consecutive good sale result for Kemble with a Jack Hobbs foal as the previous lot, a colt out of the four-time winner and listed-placed Blaeberry, sold for €25,000 to S B Bloodstock.

Timmy Hillman was another to step forward for a Jack Hobbs foal and he went to €38,000 for Throckmorton Court Stud’s colt out of Luz De La Vida, an unraced half-sister to Champion Hurdle winner Punjabi.

In the Mill House Stud draft, another well-related Jack Hobbs filly, out of a half-sister to dual Queen Mother Champion Chase hero and six-time Grade 1 winner Master Minded, went the way of Brendan Bashford for €33,000.

Kayf Tara was also represented at Fairyhouse by seven foals, with six of those sold for an average of €38,667. Top of the list was another Timmy Hillman purchase, the colt out of Amber Cloud sold by Peel Hall Stables for €65,000. Amber Cloud is a winning daughter of the G2 River Don Novices’ Hurdle winner Diamant Noir, whose other daughter Fruit Yoghurt is the dam of Schiaparelli’s six-time winner and black-type-placed Ronald Pump. The six-year-old recently won his first start over fences to add to his successs in bumpers and over hurdles.

In the mares’ section of the sale, John Flood of Boardsmill Stud signed for Kayf Tara’s daughter Copper Kay, whose race record stretches to six wins, including a listed bumper at Cheltenham, and also a runner-up finish in the G2 TBA/EBF Mares’ Novices’ Hurdle at Newbury. The nine-year-old mare sold for €60,000 in foal to Soldier Of Fortune.

A Royal Ascot Runner For Schiaparelli?

Paul Webber is no stranger to sending out top winners on the Flat or over jumps and he is planning an assault on Royal Ascot with his star hurdler Indefatigable. The nine-year-old daughter of Schiaparelli…
{ more }

Schiaparelli surges ahead with successful season

Schiaparelli has been racking up the winners of late with his latest double coming on Tuesday courtesy of Rosearelli’s victory over fences at Taunton and a second win for Gallopade in the Taunton bumper. The…
{ more }